Here are some photos from Wright Flight 2017: 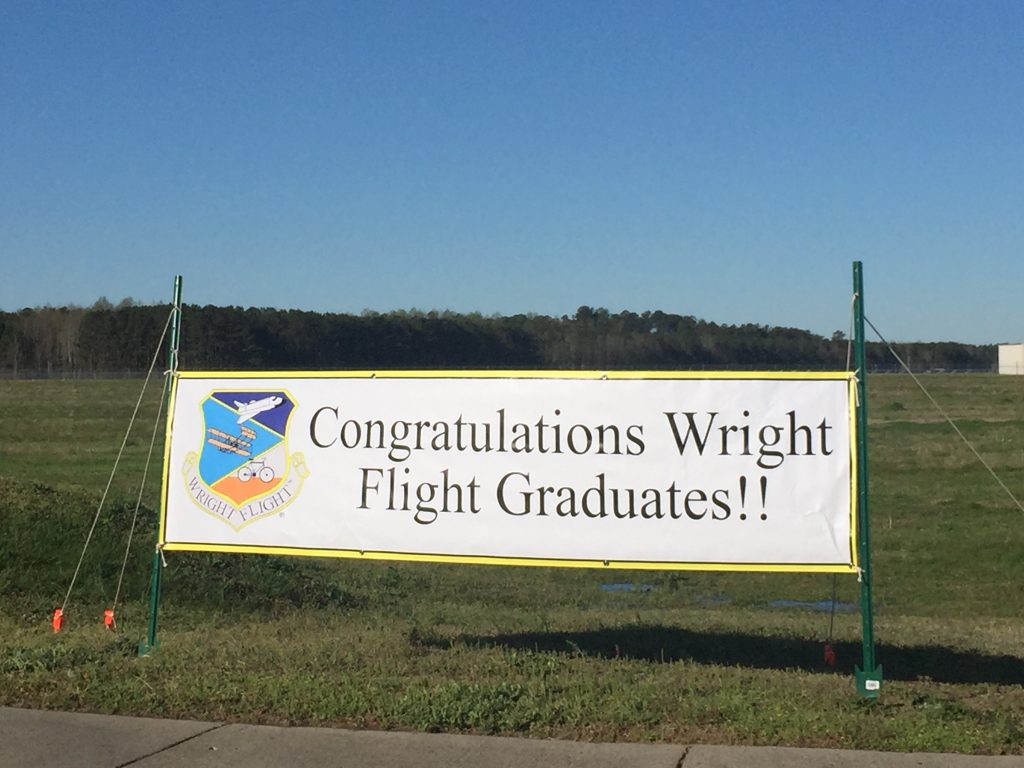 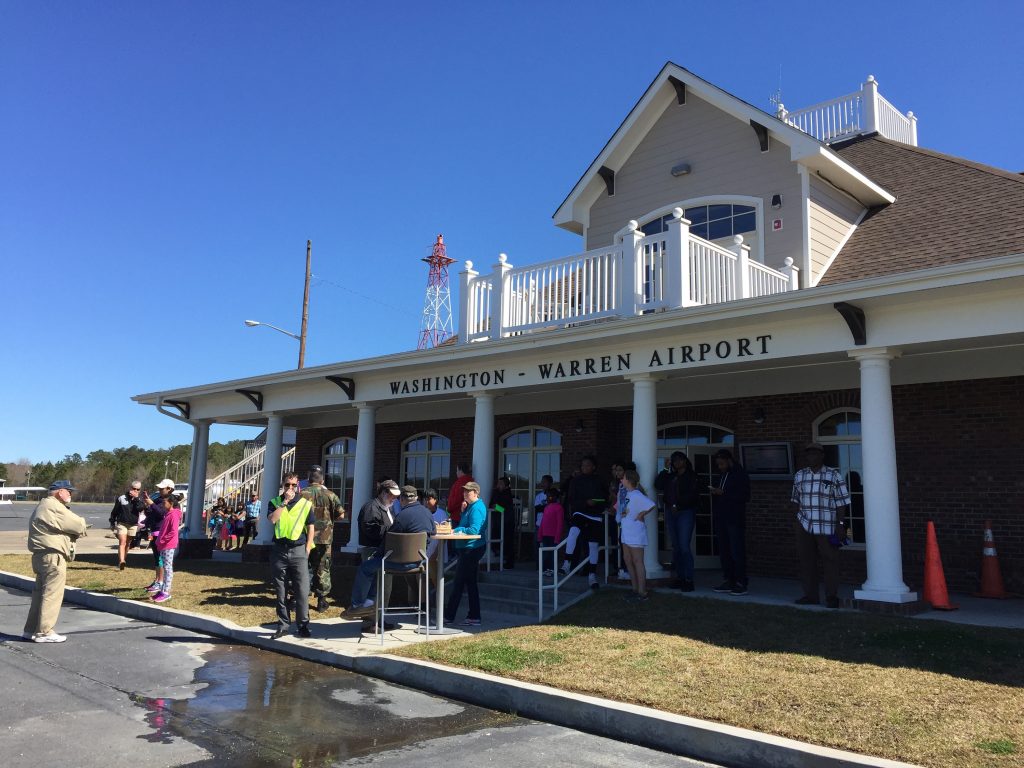 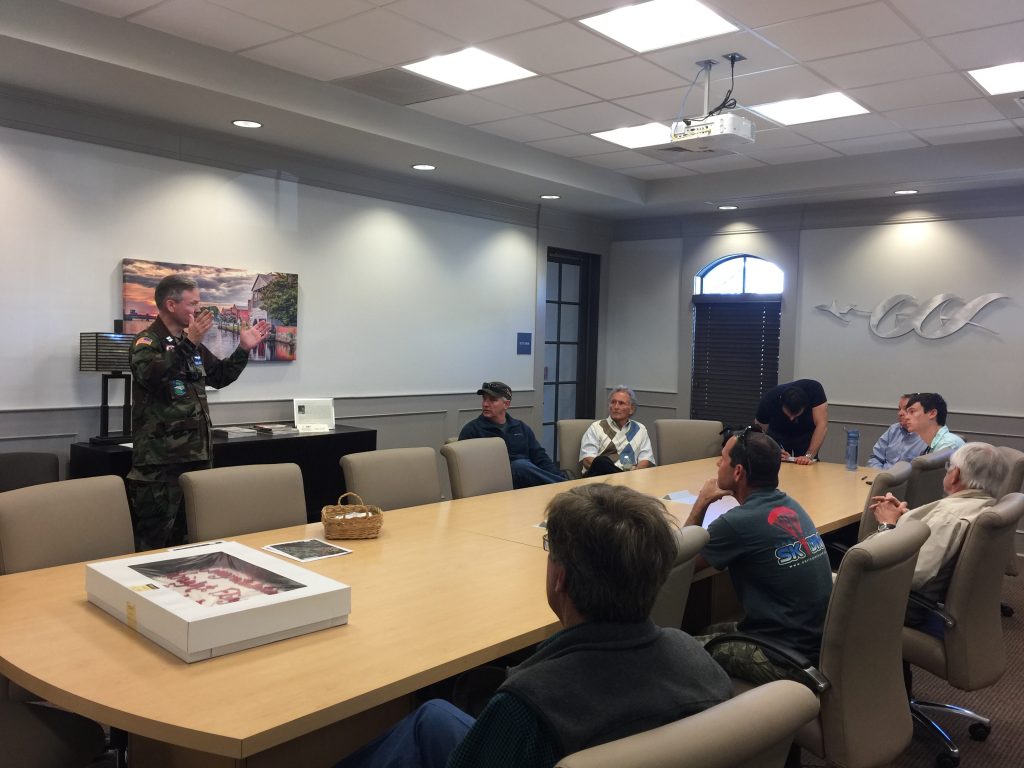 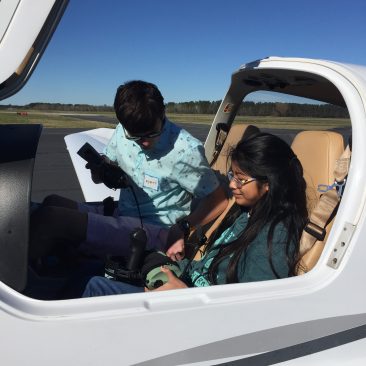 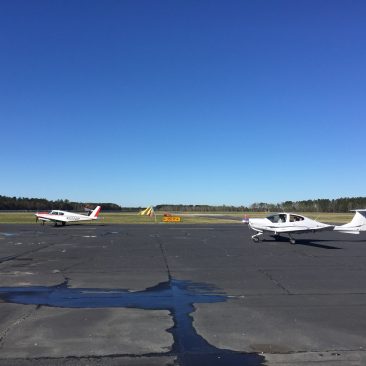 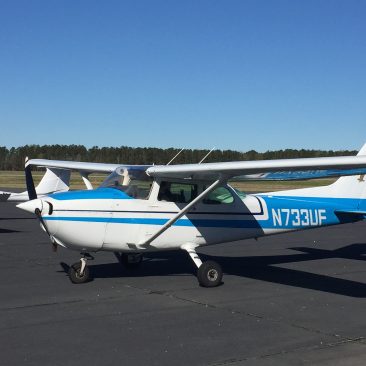 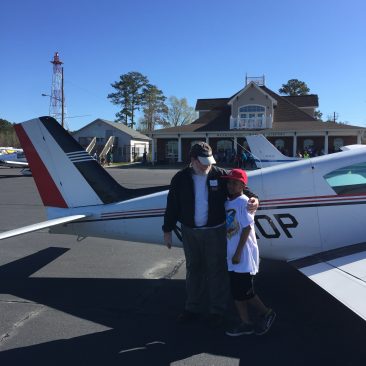 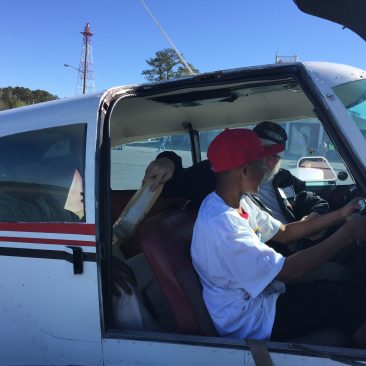 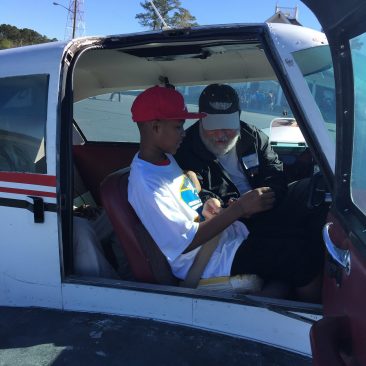 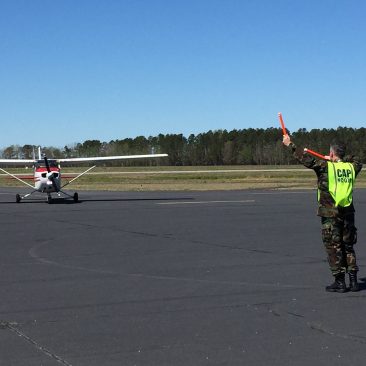 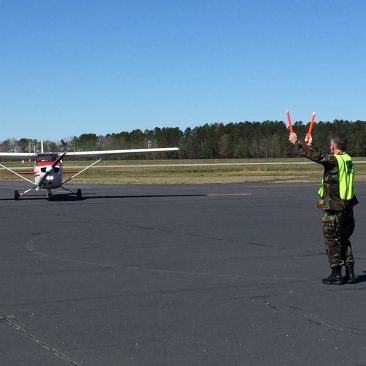 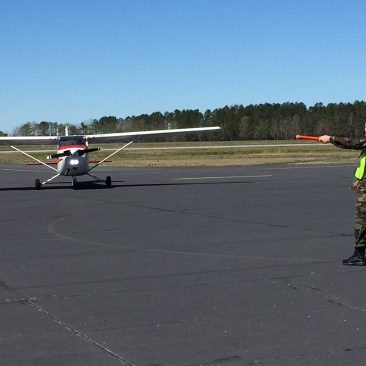 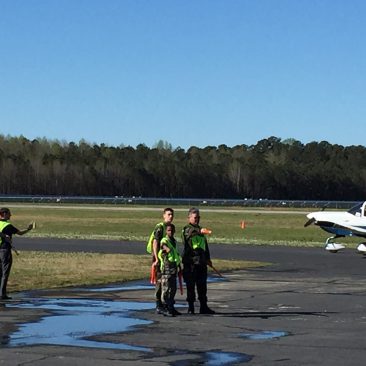 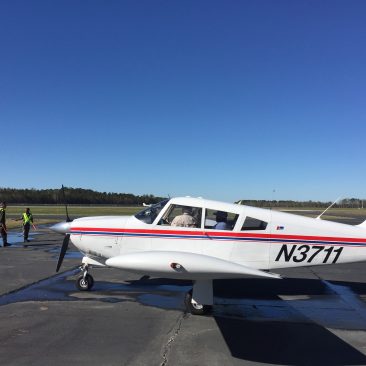 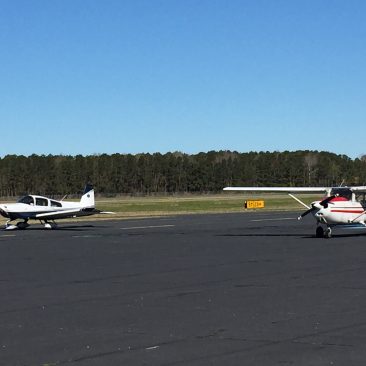 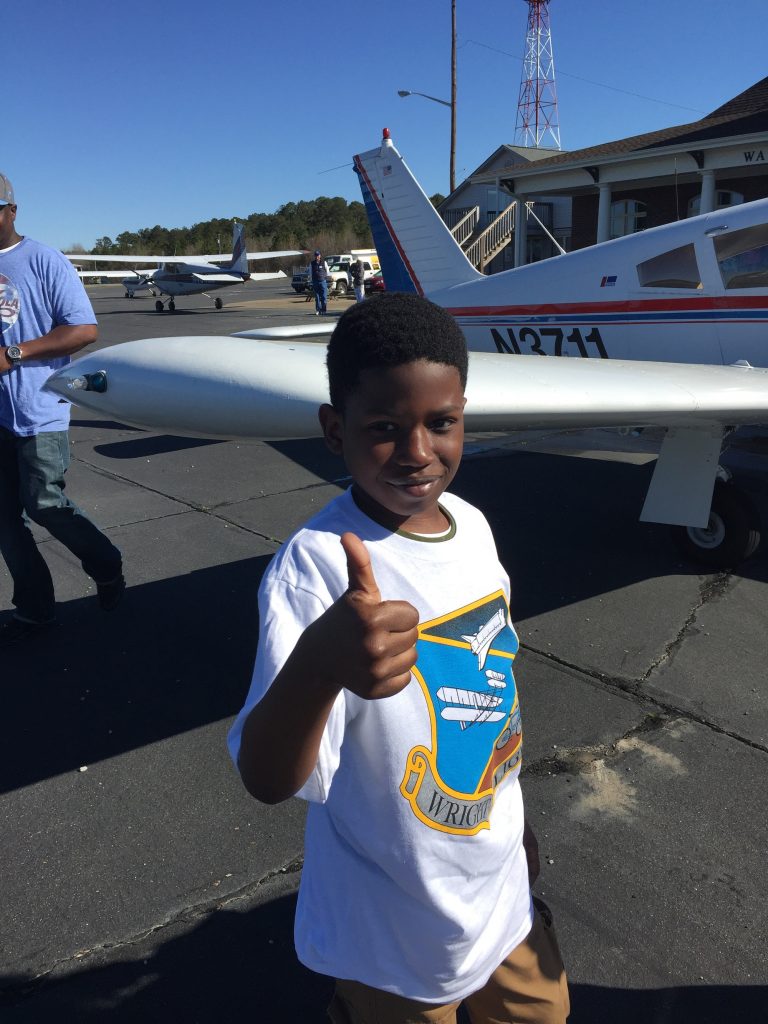 This young Wright Flight Graduate summed up the day! 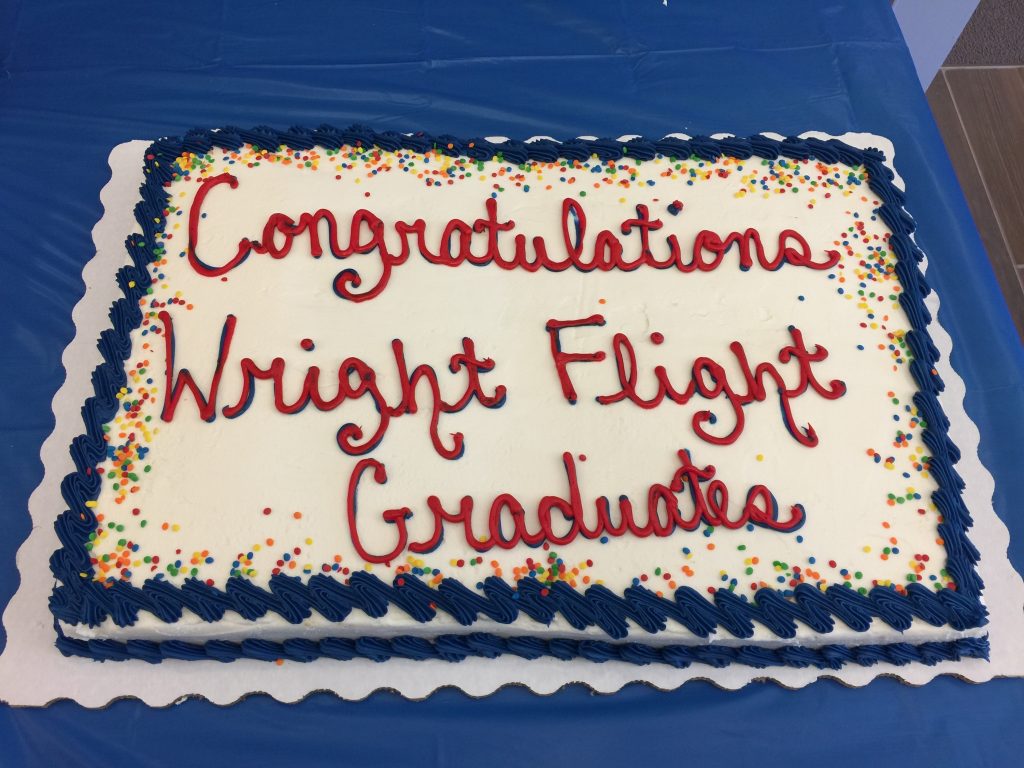 Sorry for the delayed pictures, this is the attempt to shift from The Buzz, to Chapter News:

Back in November, many members of EAA 1423 traveled over to Bridgeton to enjoy some nice weather (though a bit breezy) and some seaplanes… 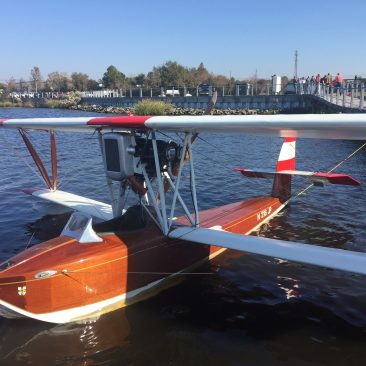 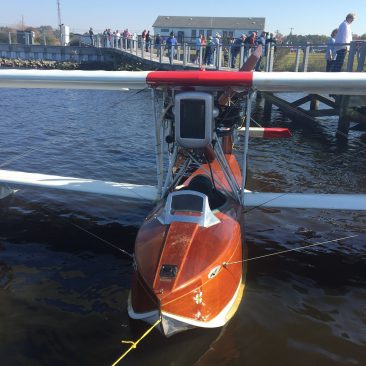 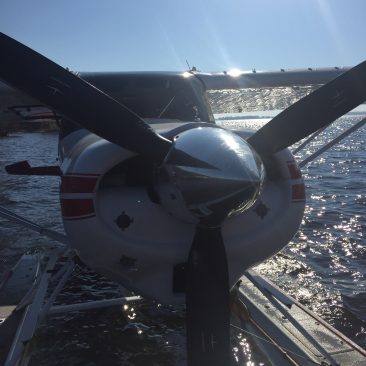 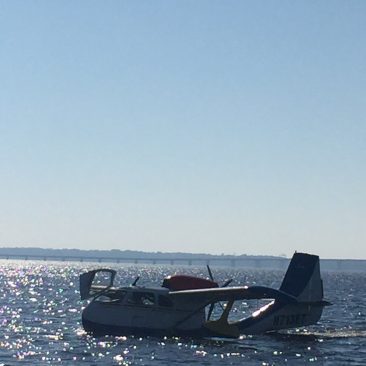 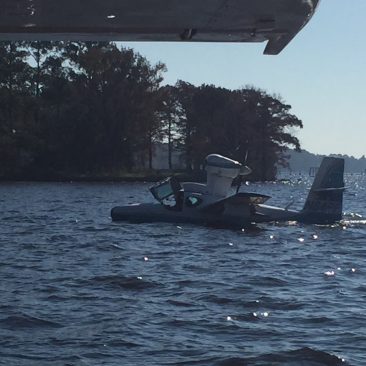 What do the terms: center of gravity; ground loop; gyroscopic factor; P factor; three point landing; and wheel landing have in common? These terms and many more were covered in the Tail Wheel Clinic presented by our instructor Charles Lewis on Saturday, March 8. Charles did a great job introducing us to the world of tail wheel aircraft.

First and foremost, we discussed safety and not getting in over your skill and comfort level. So this means practice, practice, and more practice. All through the clinic, Charles stressed safety and practicing your skills, not only skills associated with tail wheel aircraft, but tricycle aircraft too. One of the unique things we experienced during the tail wheel clinic was having Charles’ Sport Cub there for hands on demonstrations. We saw firsthand how to apply what we were being taught. At lunch, Chef Judy Lewis served a delicious meal of baked chicken with all the trimmings, and scrumptious deserts. That was reason enough to attend! 🙂

Afterward, we resumed our education of this particular type of airplane. I believe all who participated in the clinic walked away with a new appreciation for tail wheel aircraft. Now everyone looks forward to putting into practice what they learned. Even if you have no desire to fly a tail wheel plane, it would be well worth your time to take the clinic for the information alone. I guarantee you will learn something that will help make you a better pilot – and maybe a better informed passenger.

Should Charles offer this clinic again, I recommend you sign up. It’s a great experience. 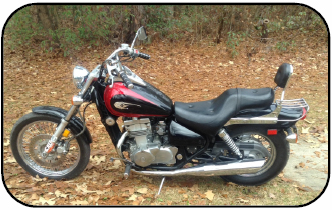 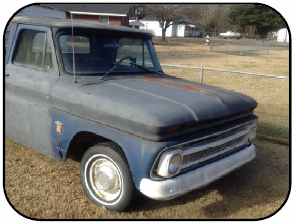 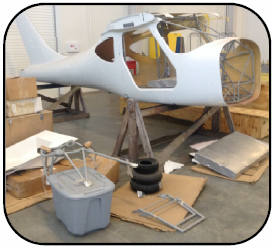 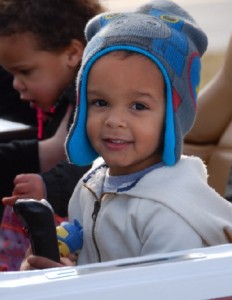 Our New Year’s Day FREE TO BE ME event was a huge success, thanks in part to some of the great pilots from Winterville Wings! You know, I still remember the Saturday I came to talk with your chapter about the idea of using airplanes as a tool to help critic  ally ill children. I recall getting choked up as I tried to convey the passion the Lord had instilled in me to use the gifts we have been granted for such a great ministry. When I left your facility I was twice as excited because you folks saw where this opportunity could lead, and stepped up! For that t I am very grateful! 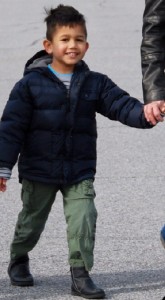 It has been over two years since that first meeting, and EAA 1423 has always been ready to help with the FREE TO BE ME events. New Year’s Day was no exception. We had 12 aircraft which included low wing, high wing, and helicopters all gather at PGV for a flight briefing before we took off toward Vidant Children’s Hospital where the children could watch the airplanes from the glass hallways outside their rooms. We flew 3 to 4 passes on a standard left base approach to runway 02. 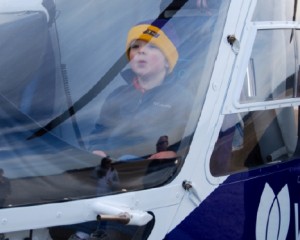 After the aerial parade, we gathered at the hangar of Harry Smith Jr. at Pitt Greenville Airport. We had a nice mix of 50 or so adults & children (children not currently in treatment), who came to enjoy lunch with us. The families had a great time exploring the airplanes and helicopters. They also had the opportunity to talk with other families going through some of the same treatments with a child.

Every event brings new and exciting stories of courage and strength. I am so proud to have partners like Winterville Wings, and other local pilots to help share life changing experiences with these special children.

I’ve always heard that getting a new rating or special endorsement is a great way to shake off the “cobwebs”. Especially after spending too much time on mother earth. So I decided to take advantage of a rare opportunity and get a tail wheel endorsement. I say it is a rare opportunity because most flight schools have given up this type of training or simply do not have suitable aircraft. Thanks to Charles Lewis, we have both!

Charles suggested we pick two days and dedicate them to the training. I agreed. Actually, I had reservations about this approach, as all of my previous training had been like most everyone else’s, one hour at a time. I kept those thoughts to myself and was glad I did, because it turned out to be the perfect way to learn new skills, and banish some old habits.

The day finally came, December 30, 2013. The weather the weekend before had been wet, but Charles was confident we could get it done. The plan: to start by slowly taxing the airplane, increase speed as competence, and confidence, (funny how they go together) permitted. We taxied the Champ onto the runway at South Oaks. Oddly enough, I felt immediately at home on the soggy runway, but then again I’ve spent my entire life on boats! However, due to the wet runway, it was obvious we needed another plan. Prop Drive, an adjacent street, served for a runway as we departed for Washington Warren Airport. After a few heart-stopping passes, we began a round robin of remote strips, most of which I had never noticed in all of the hours I had flown over the area. Having spent all of my hours looking at 150 by 6000 feet, landing at most of those places in a 172, seemed impossible.

I would hate to reveal any of Charles’ secrets, so in lieu of describing the training, I thought I would discuss the benefits of this training in addition to the obvious, learning how to fly a tail-dragger. First, I learned that those pedals on the floor are useful during taxi, take-off, and landing 100% of the time!

In fact, where I had always considered myself a fairly well rounded pilot, it became obvious that modern aircraft made coordinated flight far too easy. This has made flying less demanding, but also encouraged bad habits. That being said, far and away, the greatest benefit for me was the increased self-confidence. This came from learning how to truly “feel” the airplane, fly with greater precision, and most important, realize how many options there really are if the day ever comes that an off airport landing is necessary. All of these should make me a much better pilot when I return to Cessnas and asphalt.

I am not sure exactly what I expected to get out of this additional training, but I certainly did not expect that the greatest take away would be a reminder of what caused me to fall in love with flying all those years ago when I took my first lesson. Flying should be more about the journey than the destination. There is a reason we are referred to as an “aviation community”. Flying is as much about the people as the airplanes, and more than anything, flying should always be fun!

If you are debating whether to get your endorsement, get off the fence, and on the rudder pedals. You won’t regret it!